The RESULTS We Have Achieved Speak for Themselves: 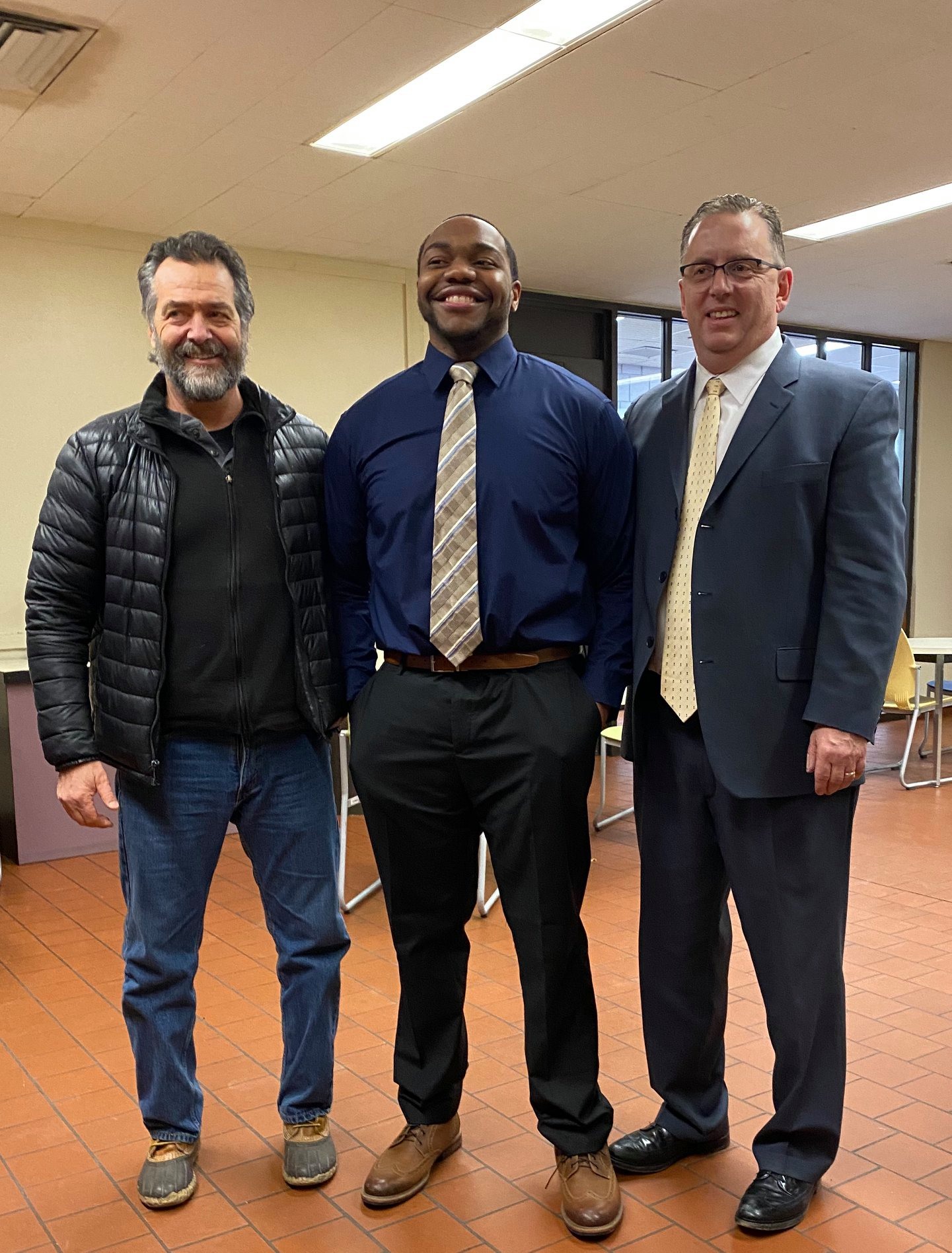 SPRINGFIELD — Kire Smith was acquitted of the March 28, 2017 shooting death of Corey Huard after a Hamden County jury deliberated for about forty minutes. 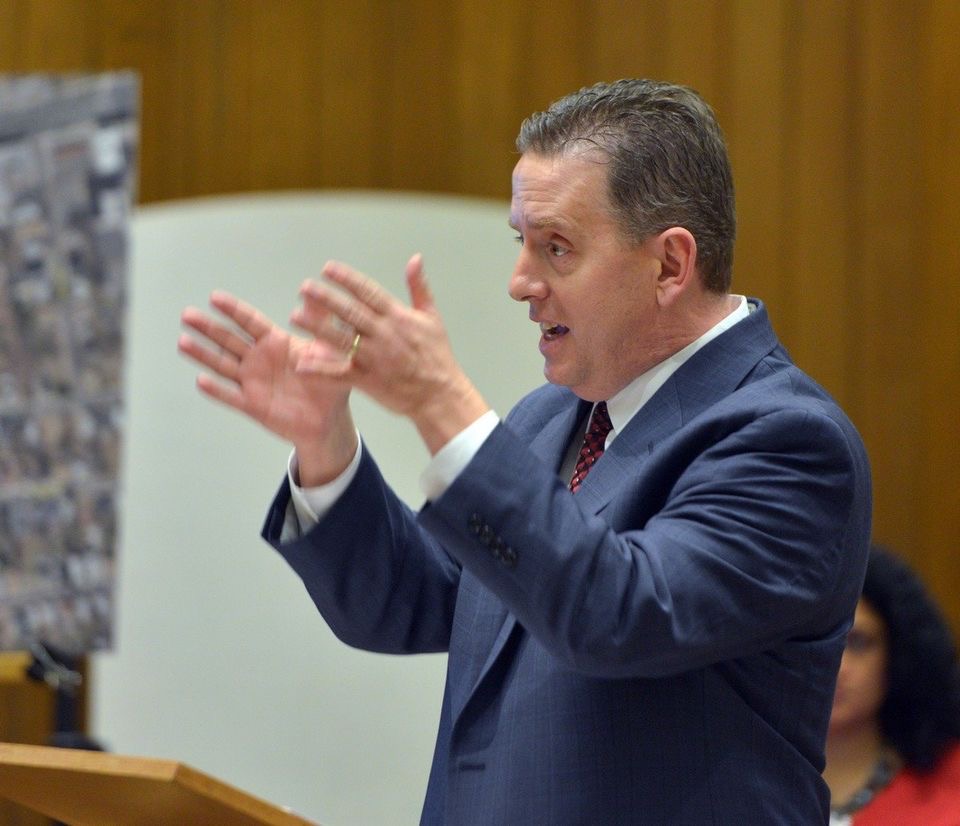 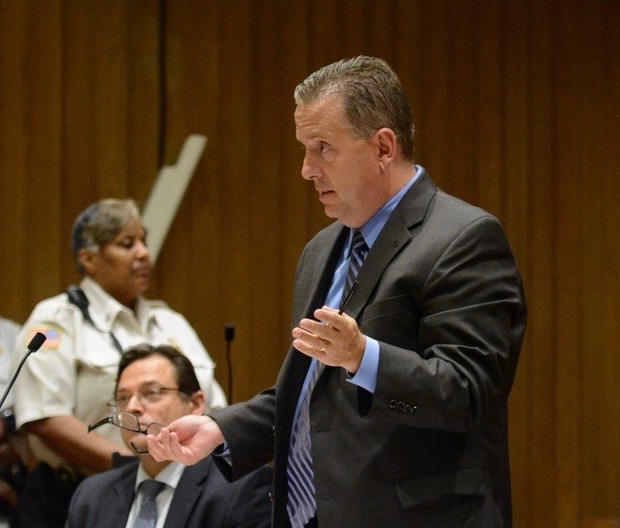 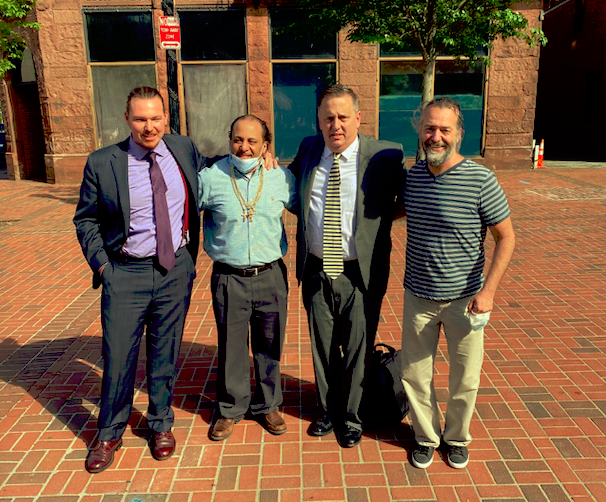 SPRINGFIELD — Twelve years behind bars. Two trials. Three hours of deliberations by a jury of his peers. Former Pine Street shopkeeper Angel Hernandez walked free on May 25 after being acquitted on a murder charge in the 2008 slaying of Alberto Rodriguez. Brown said his client turned down a plea deal that would have allowed him to be sentenced to time served in exchange for admitting to manslaughter. “He maintained his innocence, and wouldn’t admit to something he didn’t do,” Brown said. 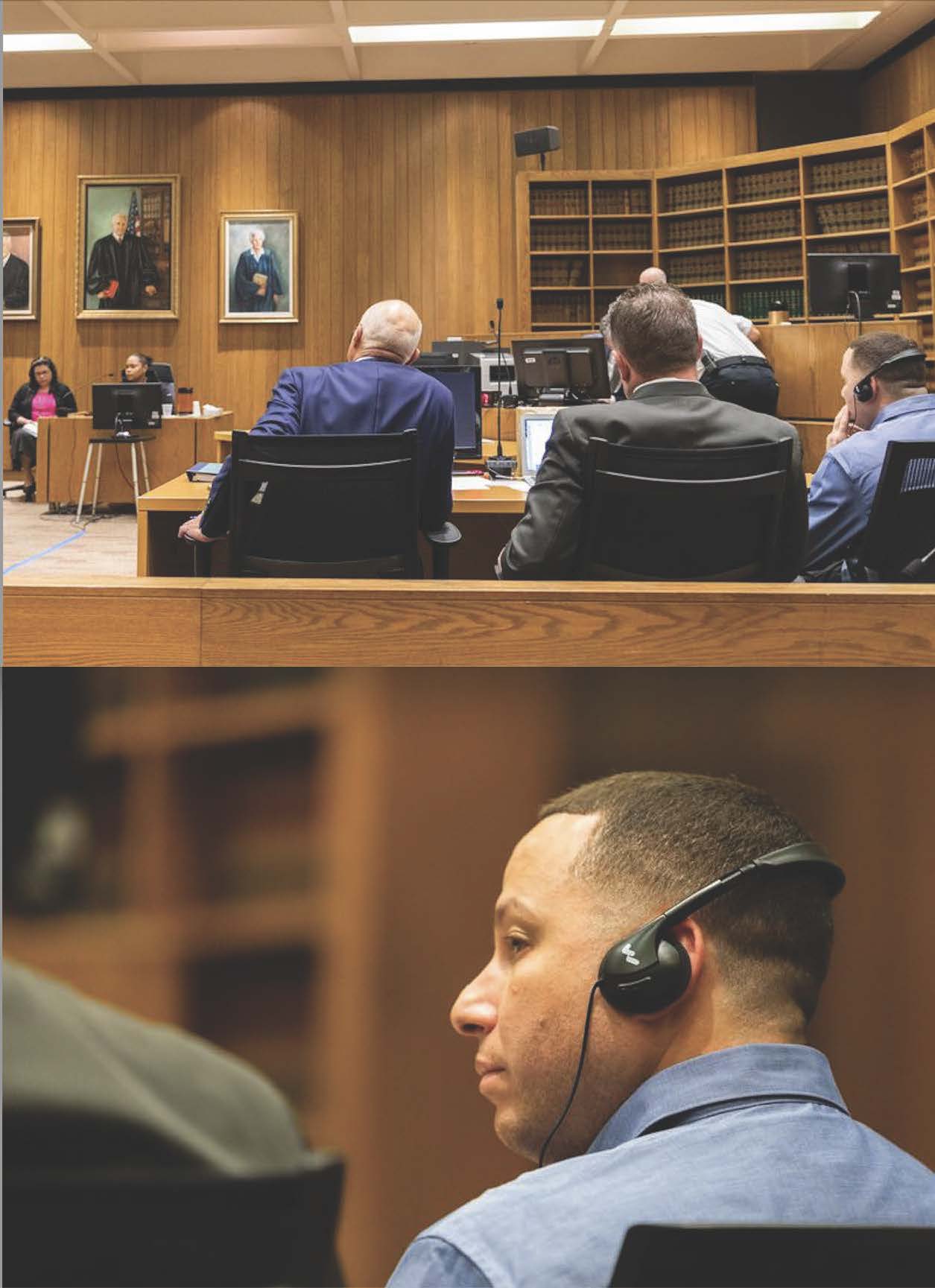 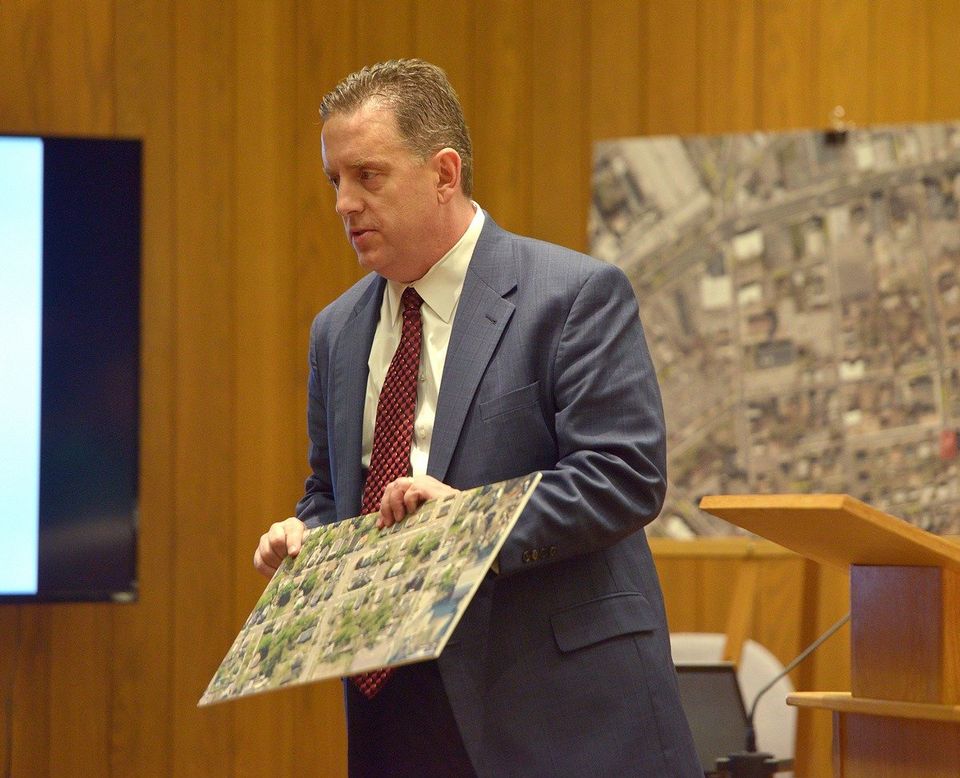 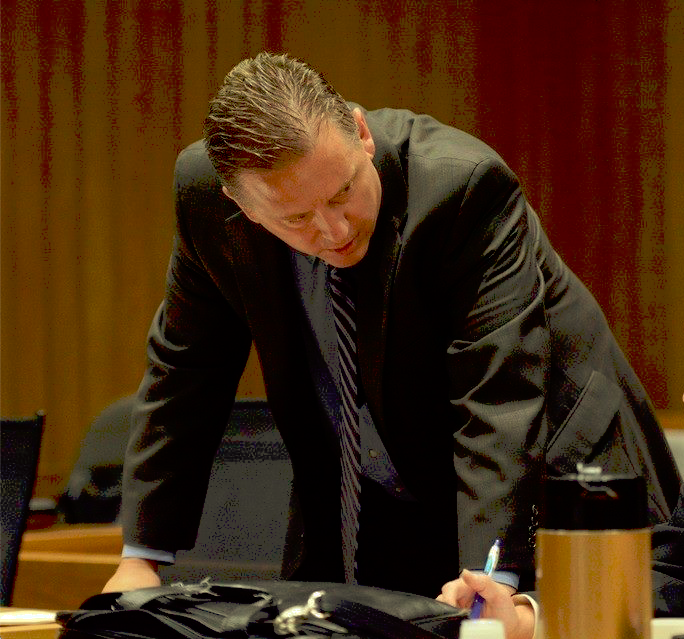 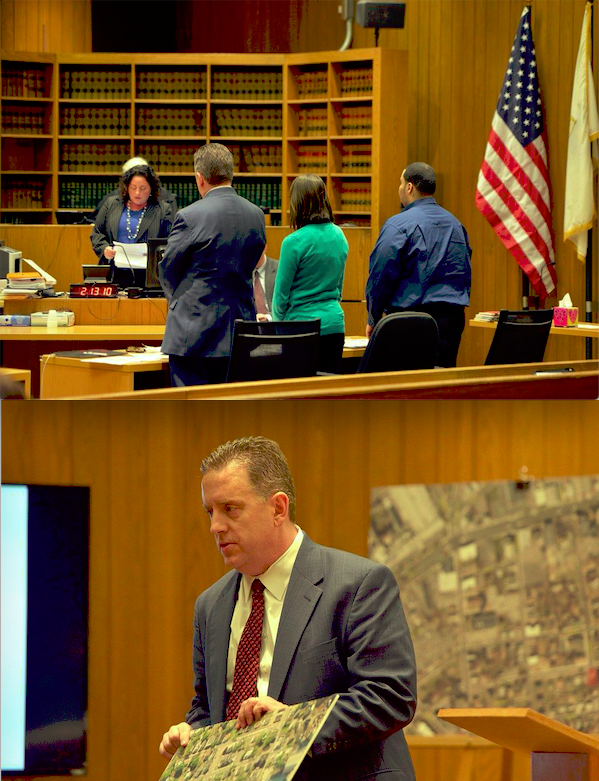 SPRINGFIELD – A Hampden Superior Court jury found Jean Carlos Mercado not guilty of murder in the Springfield shooting of Hakeem Powell. Defense lawyer Jeffrey S. Brown told jurors in his closing argument there were really only two key prosecution witnesses, and neither was credible. He said the jury should conclude neither of the two witnesses actually saw the shooting even though they testified they did. 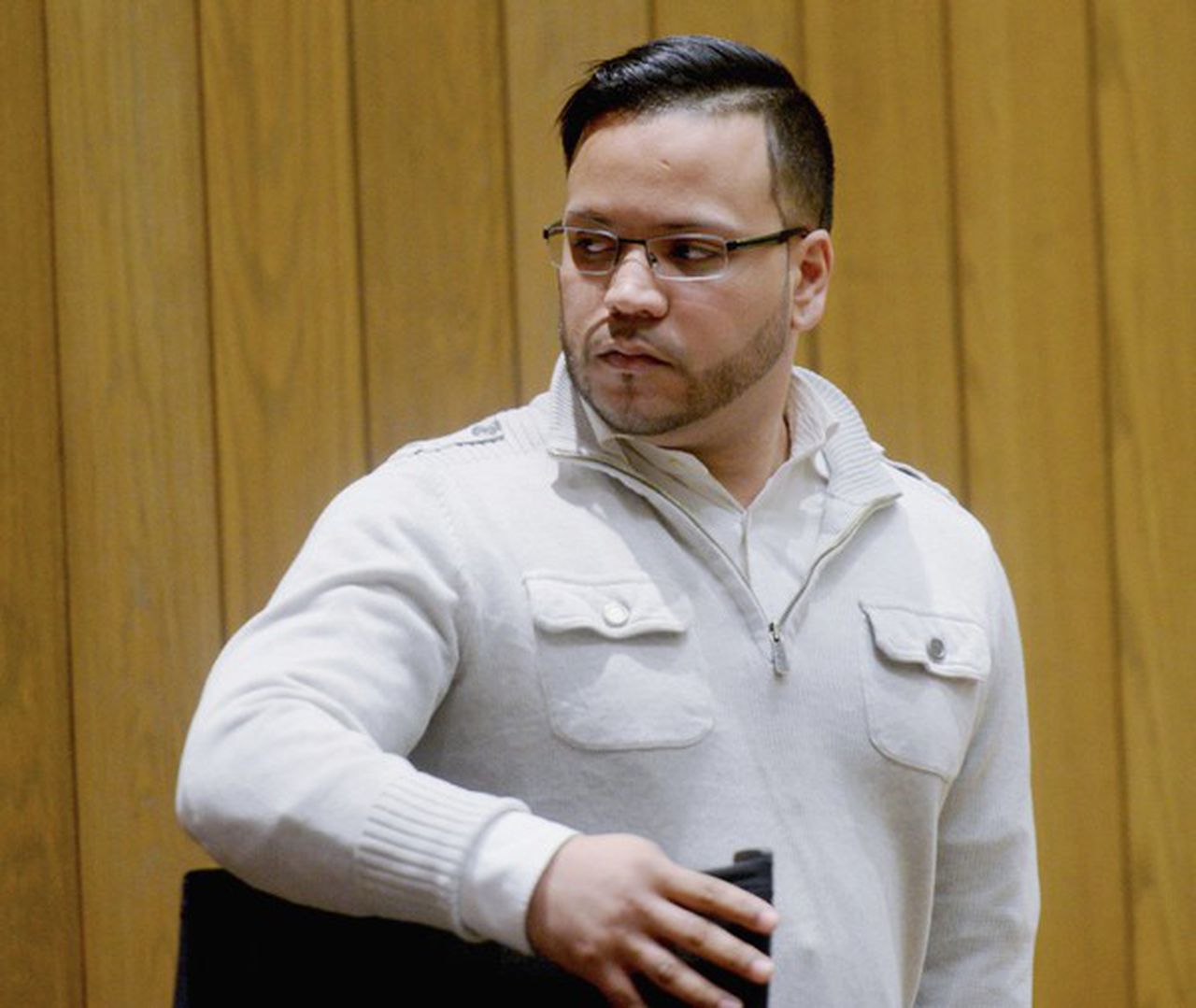 SPRINGFIELD – A mistrial was declared due to deadlocked jury in the murder case of Raymond Collazo, accused in death of 5-month old son. The jury found Collazo not guilty of the other charge against him, assault and battery on a child with injury. That charge resulted from evidence of fractures in Davian’s legs, which testimony showed happened earlier than Dec. 10, 2010. Defense lawyer Jeffrey Brown argued Davian died of natural causes, specifically pneumonia. Even if jurors believed Davian died of inflicted trauma, Collazo did nothing to him, according to the defense. 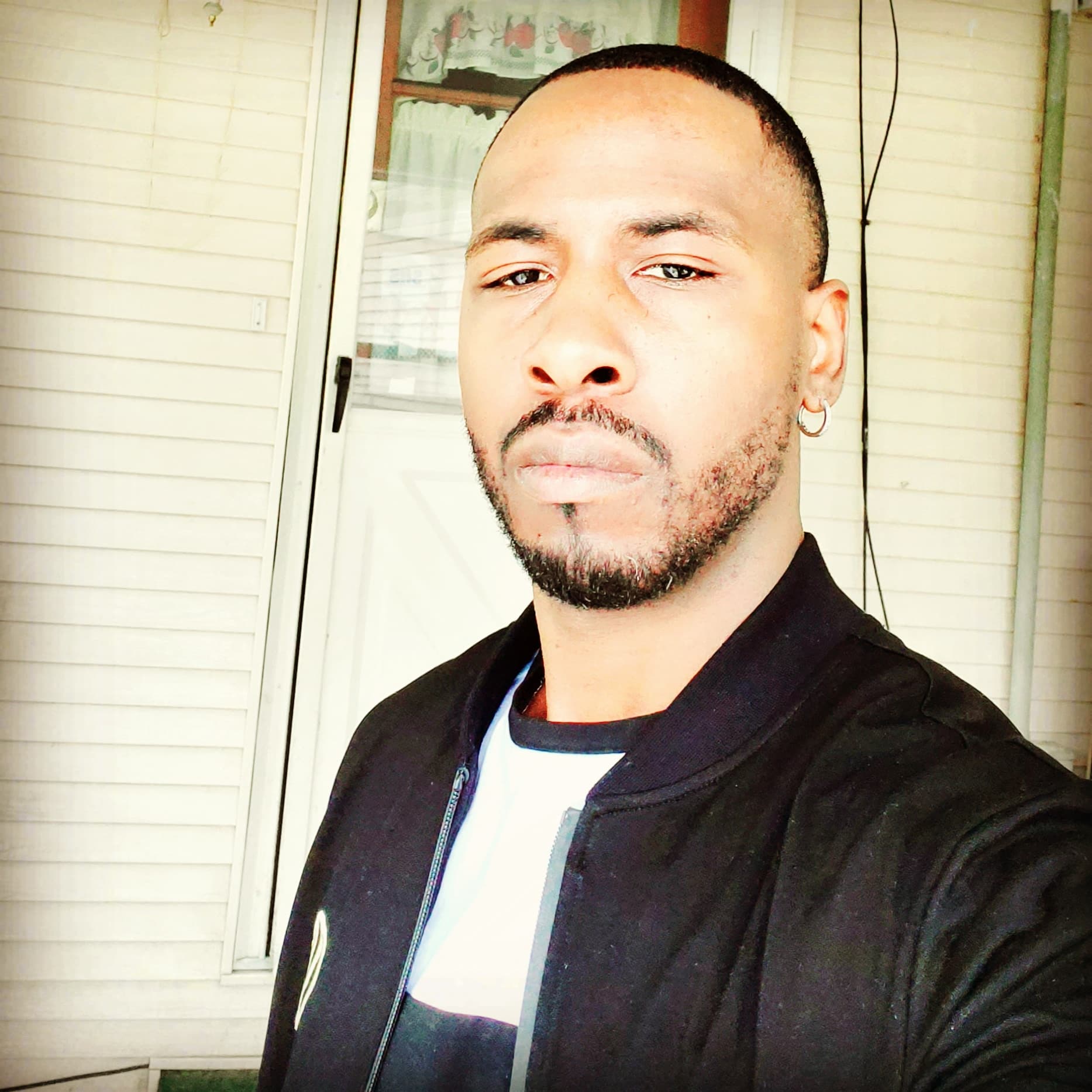 SPRINGFIELD – A Hampden Superior Court jury, after a nine-day trial and about a day of deliberations, returned an innocent verdict on the murder charge faced by Michael Sobers. Sobers was a personal care attendant for Monalisa Barber, who was found stabbed to death in her Union Street apartment March 3, 2005. Hampden County District Attorney William M. Bennett said he was “very disappointed in the verdict.” Defense lawyer Jeffrey S. Brown had told the jury that Sobers had found Barber dead, but someone else had committed the crime. 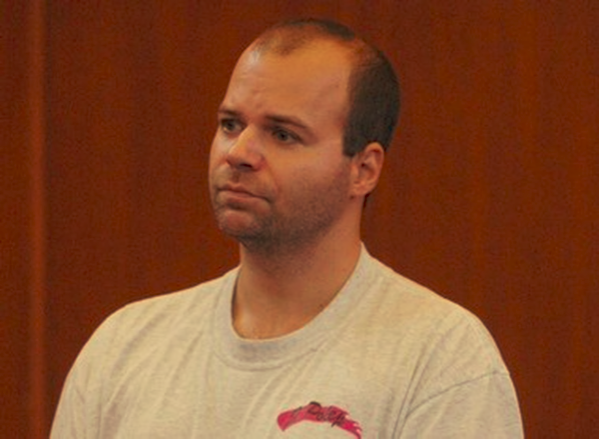 SPRINGFIELD – Hampden Superior Court Judge Richard J. Carey Friday found Peter D. Bruneau not guilty by reason of mental illness of the 2008 murder of 64-year-old George R. Roy in Chicopee. Carey ordered the 42-year-old Bruneau be held at state Department of Corrections treatment facility in Bridgewater where he will be examined and a commitment proceeding will begin. Defense lawyer Jeffrey S. Brown called to the stand Dr. Charles Carroll, one of three doctors who examined and wrote reports on Bruneau. Reports from the two other doctors, who agreed with Carroll that Bruneau lacked criminal responsibility, were submitted to Carey. Carroll testified Bruneau was delusional at the time of the killing. He said it is possible to be organized – such as Bruneau was about the killing – but still be delusional. 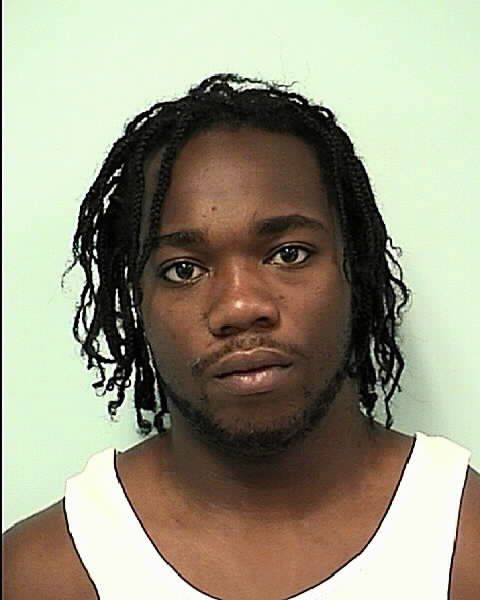 SPRINGFIELD – A Hampden Superior Court jury found Anthony E. Jessup guilty of murder Friday afternoon while clearing co-defendant Jason J. Stovall of all charges. Stovall and Jessup, both 22, were accused of the May 30, 2010 killing of Jonathan Santiago as he sat in his car at the intersection of State and Austin streets. Jessup was accused of firing the fatal shots. Stovall was represented by Attorney Jeffrey S. Brown. Stovall’s verdict was read first. Santiago’s family and friends groaned with disappointment to the not guilty verdict of Stovall. The Jessup verdict brought them a noticeable sense of satisfaction. 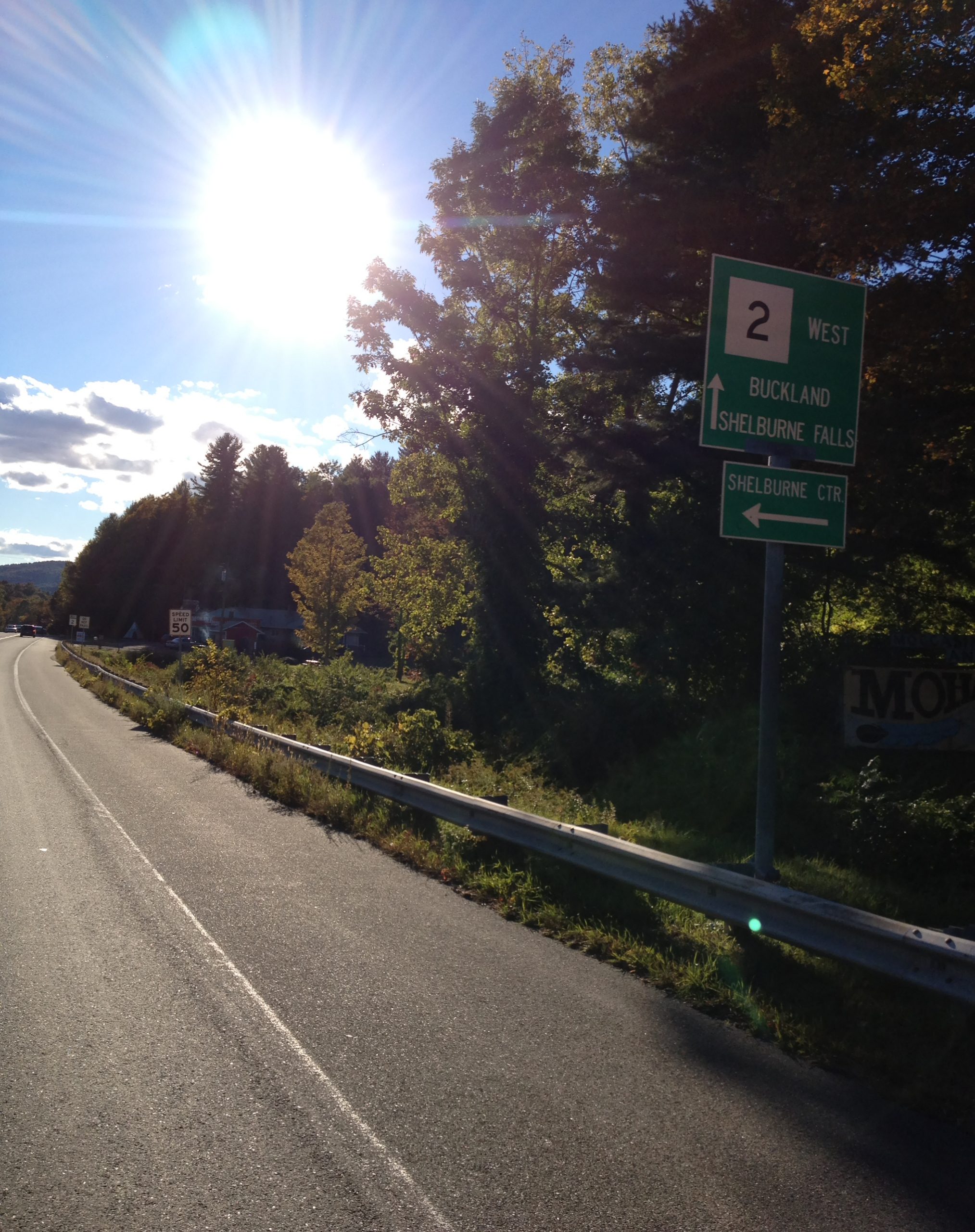 GREENFIELD – Franklin Courty jury finds Tamara Spears not guilty of motor vehicle homicide in Route 2 motorcycle fatality . During her trial this month, there was testimony that Spears, who was driving west, was blinded by the sun, which was low in the sky at that time of day, according to her lawyer, Jeffrey S. Brown. “She was cautious and very attentive,” said Brown, “she just didn’t see the motorcycle.” The jury deliberated for about 90 minutes on Nov. 19 before finding Spears not guilty on both counts. Brown said three of the jurors later returned to the courtroom to hug his client. Spears, he said, remains distraught over Harris’ death. “She has nothing but empathy and sympathy for Mr. Harris’ family,” he said. 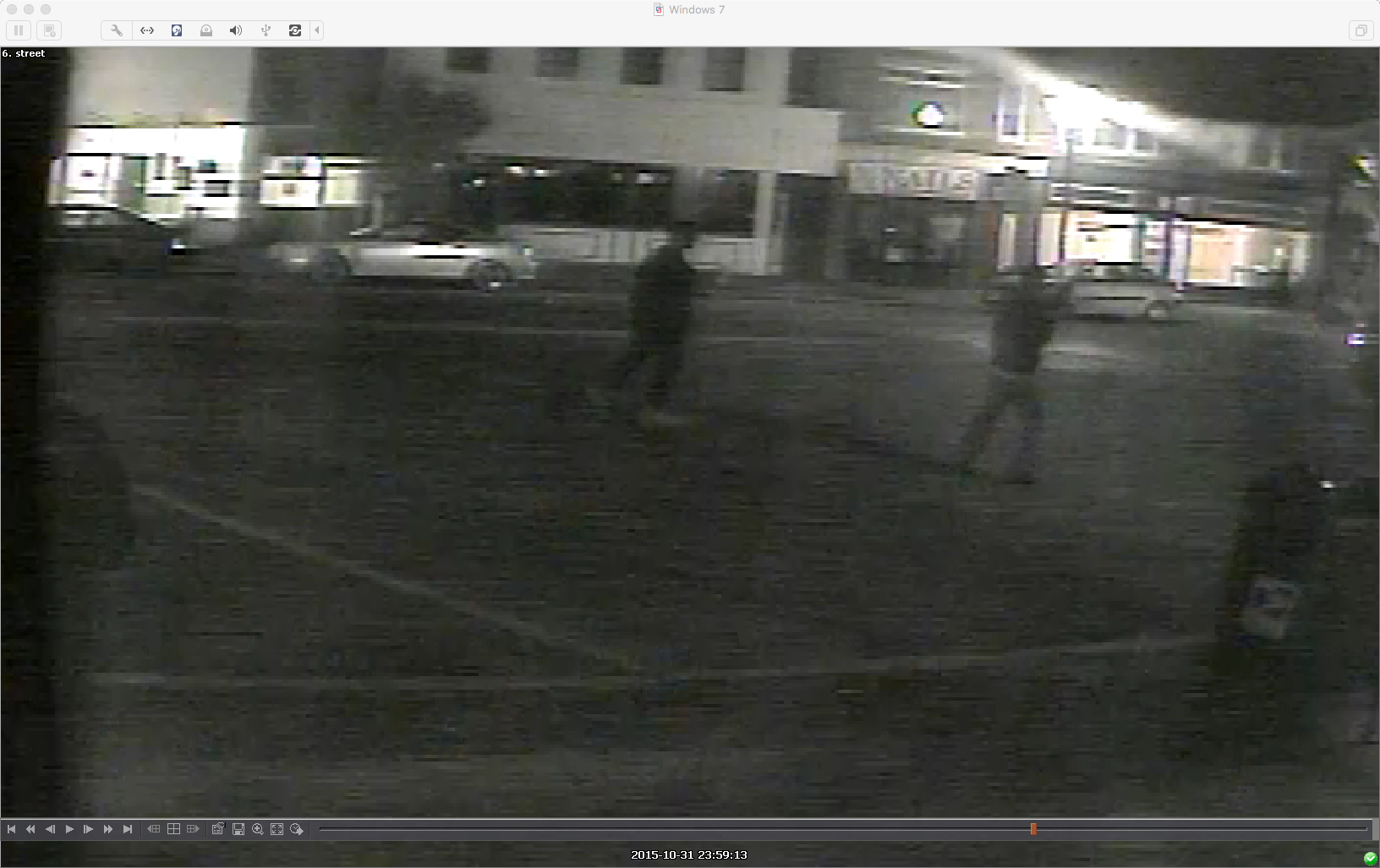 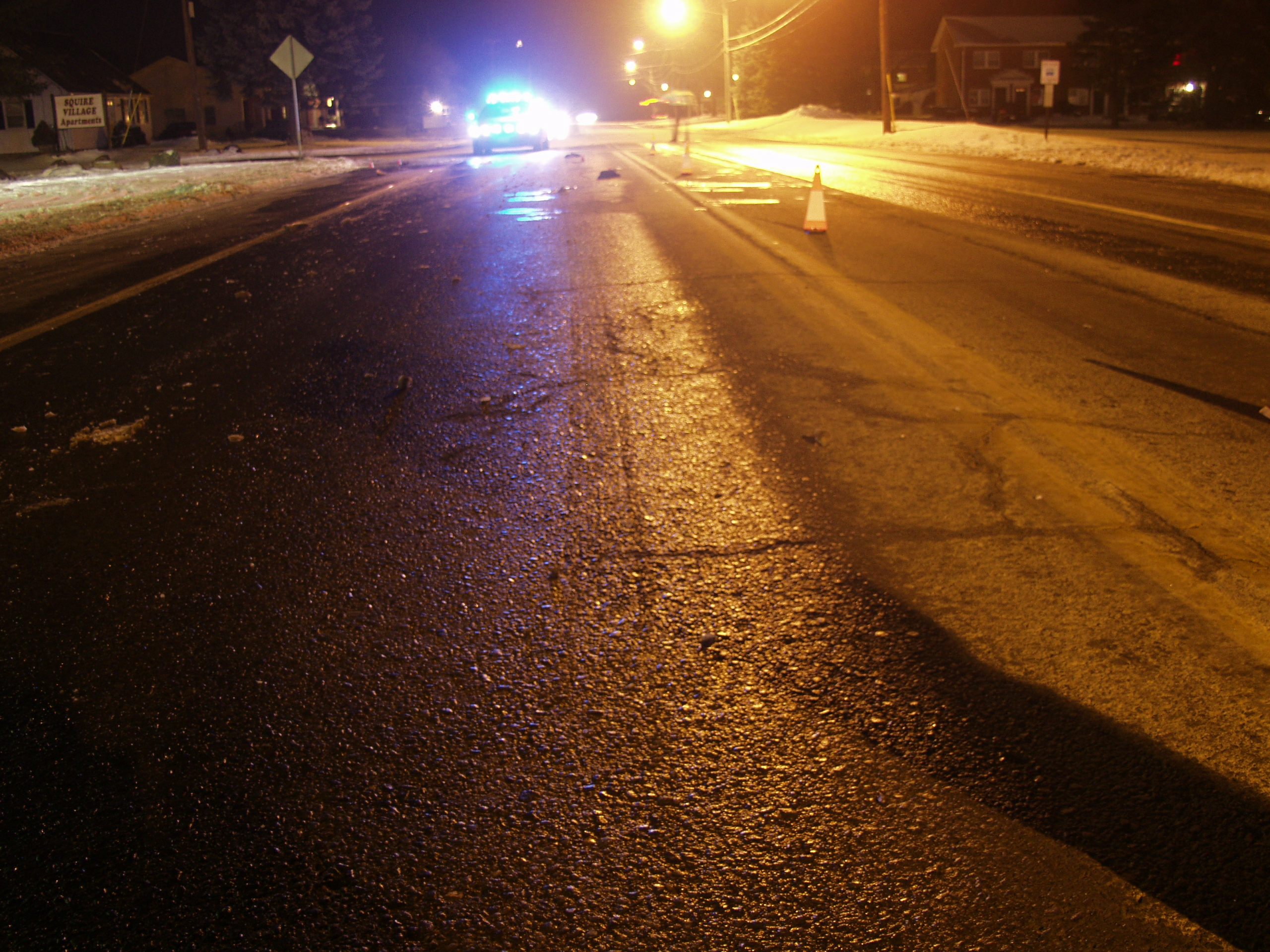 GREENFIELD – A Franklin County jury has acquitted Tara Sudyka of motor vehicle homicide for the death of Jessica Hayes.  Hayes dies when struck by Sudyka’s Jeep as Hayes exited a bus and began crossing Route 116 in Sunderland.  Hayes was in the crosswalk when struck.  Defense Attorney Jeffrey S. Brown argued that Sudyka did not see Hayes as a result of the lighting conditions and the dark clothing worn by Hayes. The accident occurred on a stretch of Route 116 where there have been many pedestrian accidents. 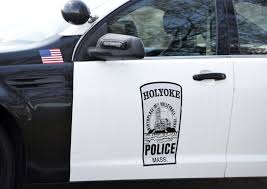 SPRINGFIELD – A murder case has been dropped against two Holyoke men accused of killing Gabriel L. Hernandez in Holyoke in an April 2007 daytime gun battle between members of the Latin Kings and LaFamilia street gangs. Defense lawyer Jeffrey S. Brown for Jose Rodriguez had long argued that the case should be dropped, saying they did not believe Colon would ever testify because he would risk incriminating himself in other serious crimes.  Brown had previously filed a federal law suit against the FBI to obtain records relating to prosecution witnesses and gang records.